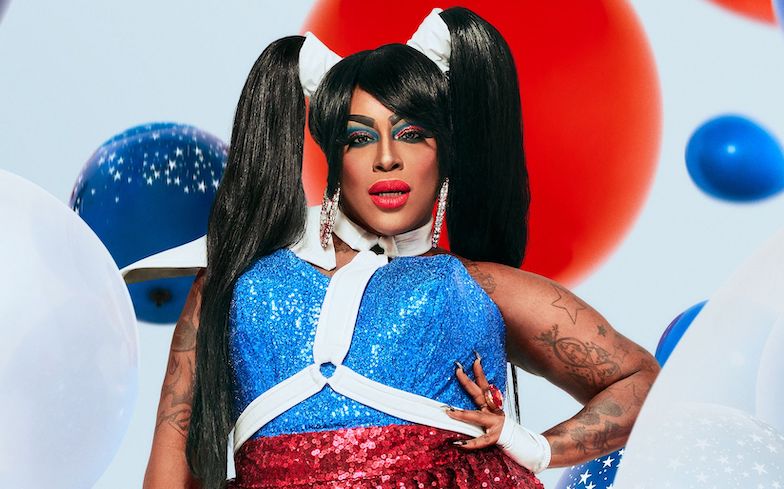 “I hate doing this so much and I don’t wanna do this anymore!”

Drag Race season 12 competitor Widow Von’Du has announced she will be taking a break from social media.

In a Twitter post the Kansas City queen called out the “fandom” that has been channeling hate her way. Von’Du is one of the few queens of colour that have received hate on the Emmy-winning series. Drag Race has acquired a track record when it comes to queens being targeted and profiled by fans.

Previously to GAY TIMES, Silky Nutmeg Ganache and Asia O’Hara have all spoken out about their experiences receiving hate. The news of Von’Du’s departure comes shortly after Brita Filter deactivated her social media to seek help and focus on mental health.

When we spoke to Silky, she told us about the types of comments she received: “I got so much hate that I went into a depression. I got so many death threats.

Thank you to the “fandom” of drag race! You did it! You ran another person of color away from what they love! I try to be strong but y’all done made me feel like I should hate myself and guess what you won!

Asia also told us: “I think that the people who are in a position to influence should take some responsibility. These people have the power to influence a large number of people and they need to take that seriously.

Canadian Drag Race panelist Jeffery Bowyer-Chapman was also recently bullied off Twitter after videos of his critiques went viral on social media. Fans accused him of being toxic and bringing in personal insults to the show. Queens across the industry stepped up and spoke in favour for the actor.

The main arguments I’ve seen are accusations of “inauthenticity” (as if YOU know what’s authentic for him), and bad critiques (but none of the other judges are getting that half as hard).

The news of Widow Von’Du is becoming part of an unfortunate pattern. As queens of colour face growing online criticism and hate, it’s no surprise the stars are taking a break. In a follow up post, the season 12 queen tweeted on how the hateful comments made her feel.

You make me feel like I should have just stayed a Kansas City queen! I hate doing this so much and I don’t wanna do this anymore!

At the time, I had a lot of free time to myself and a lot of ideas popping into my mind. I started making a lot of beats every day and really getting back into making music. Even know I was isolated, I was still being creative. I started to buy online courses about how to sell beats online on Soundclick. I realized I had hundreds of quality beats just sitting around I could make money off of. I was making 2-3 new beats every day. I started to Tag my beats and post them on Soundclick. I setup an online store to sell my Beats as Exclusives or leases through PayPal. At the time Twitter was very popular and Instagram had just started out, Facebook was slowly dying, and YouTube was still Thriving. I read more and dug deeper into this world, finding all kinds of things online I never knew existed. I got really big into Social Media marketing, Google AdWords and Search Engine Optimization.